Out of all the major genre-specific Billboard charts, the Hot Rock Songs chart always stuck out to me as an odd one. Especially in recent years.

You will often see songs from the 70’s or 80’s making their way into the charts. Meaning that in those specific weeks, there were not 50 recent rock songs getting enough attention to outperform songs from 30 to 40 years ago.

This rarely ever happens in the charts for Pop, Hip Hop, Latin or Electronic music.

In fact, at the time of writing, the top two positions of the Hot Rock Songs chart are held by the same artist (with songs released over a year ago!).

It seemed to me that there wasn’t anything new or exciting happening in mainstream rock music. And if it was, it wasn’t being rewarded with enough sales/plays to make it onto the rock charts.

Looking at the Data

Fearing that the above statement might be a result of my own personal perception, I decided to look at the actual data before drawing my own conclusions.

After all, depending on who you ask, rock is either dead or actually booming.

So, I decided to use ParseHub, a free and powerful web scraper to scrape the Top 50 Hot Rock songs of the last 7 years. After all, the Billboard charts started counting digital streams in 2012, and in theory, this should have opened the door for several unsigned rock bands recording songs in their basements… right?

Before we get into the data. We will clear up a few things about our criteria.

Spots: Each week, 50 songs are ranked in the Hot Rock Songs chart, we will refer to each of these as "spots". In total, we scraped 19,350 spots.

How diverse are the Rock Charts?

Right out of the gate, I wanted to know just how diverse the Hot Rock Song charts have been in recent years. I took my dataset from ParseHub and started digging through.

Not so-surprisingly, the number of unique artists featured in the Hot Rock Song charts has been in a steady decline since 2017.

In fact, there wasn’t a single week since the beginning of our data set (April 7, 2012) where every one of the 50 weekly spots of the charts was claimed by a different artist.

Last time the Hot Rock Song charts were its most diverse was on September 1, 2012, with 49 unique artists taking up all 50 spots. The Black Keys broke the perfect diversity spell with 2 songs on the chart, “Gold on the Ceiling” and “Little Black Submarines”.

Who are the biggest winners of the Hot Rock Songs chart?

The information above begs the question, which artists are keeping such a stronghold on the Hot Rock Songs charts?

There are several ways we can slice the data to determine who the biggest winners are, so let's dive in.

The very first band that sticks out is Imagine Dragons. It’s no secret that this band has been absolutely dominating the Hot Rock Songs charts, at some point in 2018 they held the 4 top positions of the charts.

But our research revealed even more surprising facts…

Imagine Dragons’ domination over the rock charts is so strong that they have had at least 1 song on the charts ever since February 18, 2017. That’s a streak that is already over 2 years long. (note: this streak finally ended the week of September 14, 2019. However, Imagine Dragons re-entered the charts the week of October 19, 2o19)

The duo twenty one pilots is another darling of the rock charts. Not only did they spend a total amount of 226 weeks on the charts starting on March 23, 2013, but they have also broken some of the records set by the seemingly unbeatable Imagine Dragons.

twenty one pilots, at their peak, had 14 songs on the Hot Rock Songs charts at the same time. An impressive feat that they managed to keep up for 2 weeks from October 20th to October 27th, 2018.

However, that was not enough to beat out 2 other artists, but more on that later.

They close up with 672 spots taken as per our data set.

Together with Imagine Dragons and twenty one pilots, these 7 artists have taken over 18% of the available spots on the charts since the beginning of our data set.

It doesn’t get any better when you consider that there's only 40 other artists that have held 100 to 300 positions on the charts of our total of 19,350 that we have scraped and analyzed.

The Power of Nostalgia

One thing that holds the Hot Rock Songs charts back is nostalgia. Several times we saw older acts ranking on the charts, such as The Beatles ranking 4 different songs, AC/DC ranking 8 different songs or Queen claiming over 200 spots due to the release of the film Bohemian Rhapsody.

Yes, covering the holiday classic Hallelujah seems to be trick into getting on to the Hot Rock Songs chart. You don’t even need to release your cover during the holidays, as Joshua Davis got into the 15th spot in the middle of summer of 2015 with his rendition of the song.

That means that there were only 14 rock songs during that week in June that got more sales/plays than a cover of a holiday song. That’s a pretty damning situation for the genre at large.

Not even staple rock acts are safe from riding the nostalgia wave either.

Let’s take the case of Weezer, who released 4 albums of original music within the timeframe of our dataset. However, out of the 19 songs they managed to rank on the charts, over half of them were covers from their cover album Weezer (The Teal Album).

Weezer’s cover of Toto’s Africa was their best performing song within the timeframe, spending 27 weeks on the charts and peaking at position 5.

The Power of Passing

Sadly, the records for the most spots achieved in a single week are held by major artists that passed in recent years.

First, we have Linkin Park, who claimed 20 spots on the Hot Rock Songs charts plus 3 additional spots with collaborations. This happened on the week of August 12, 2017, after lead singer’s Chester Bennington death.

The second record is held by David Bowie with 20 spots in a single week plus 1 additional spot with a collaboration. This happened on the week of January 30th, 2016, after Bowie’s death.

The Billboard rock charts reveal a bleak outlook for mainstream rock with decreasing numbers of charting artists, the domination by few acts and the everlasting power of nostalgia.

Is there hope for non-established rock acts to make a name for themselves in mainstream rock? I guess time will tell.

Want to look at the data yourself and see what you can find? Download the entire CSV here.

Want to learn how to scrape any website for free? Read our ultimate web scraping tutorial.

Check out the data visualization video below based on the dataset from our research:

Web scraping can be incredibly powerful. So much so, that many businesses use web scraping technologies to fuel their operations.After all, having access to the right data can provide powerful insights about 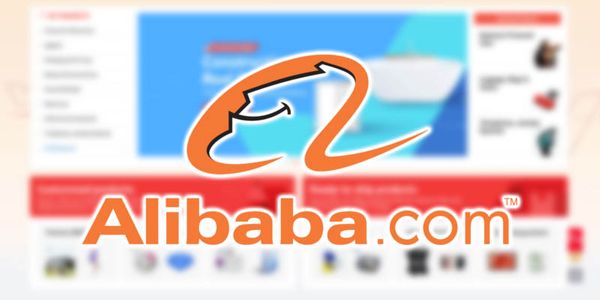 When trying to source materials from overseas, Alibaba is a great place to start.Not only can you find hundreds and thousands of items but also suppliers with track records and ratings.But

ParseHub Blog
—
We Analyzed 7 Years of the Billboard Rock Charts: Here’s What We Found
Share this