Import.io and ParseHub are both very popular web scraping tools.

While at first sight, they might seem quite similar, there are a few key differences between the two.

Let’s break it all down in this head-to-head comparison between these two web scrapers.

Importi.io was founded in 2012, with the release of their first web scraper. Import.io is an entirely web-based scraper. This means that instead of downloading software to your computer, you access the tool through your web browser.

While they still support their web scraping tool, the company has shifted its focus towards managed data services that are custom-built for their clients.

ParseHub is an incredibly versatile web scraper that comes as a free desktop app. The actual scraping occurs on the cloud as well, which clears up your computer’s resources while completing your jobs.

While ParseHub does offer custom solutions for enterprise clients, its main focus is still its web scraping tool and providing support for its users.

What can you do with ParseHub?

The biggest difference between ParseHub and its web scraping alternatives is that ParseHub can get data from interactive websites.

You can instruct ParseHub to scrape data from very complex and dynamic sites, because it can:

And more! These are all things that import.io cannot handle.

Here is a full list of ParseHub's scraping features:

ParseHub’s versatility is fully unlocked once you learn how to use its commands. Think of them as the different actions you can ask the scraper to do.

Luckily, the application is intuitive and there are plenty of tutorials to help you in the help center if you get stuck!

What can you do with Import.io?

Import.io will let you extract data by learning a minimal number of commands. It can only be used on simple, or static, web pages, but some projects may take just seconds of work to build in Import.io, whereas it may take you more time to build content with ParseHub.

When a new project is started, import.io tries to guess what you want from the page. They used to call this feature Magic Extraction. For very simple websites, this usually provides a good starting place for the project and could cut down the time to build an extractor down to just a few seconds.

What can you do with both?

Both web scraping tools will let you download extracted data as CSV's and as JSON. Both will let you import data directly into a Google Sheet and can be controlled as an API. You can schedule runs with Import.io and with ParseHub, too, depending on your payment plan.

When building your project, you can get real-time feedback from ParseHub's sample and test runs, or from Import.io's data view. Both web scrapers allow you to use regular expressions to scrape only the text that you want.

However, an import.io user doesn't enter the commands directly. Instead, they train the extractor to select and extract what they want from a page. On the other hand, a ParseHub user enters commands directly into the template. When ParseHub executes the template, it follows the instructions exactly as entered. When import.io executes a template, it remembers what the user trained it to do, and executes the same way.

This is an example ParseHub project. You can see all of the different commands that the user entered, like Select, Hover, and Extract, in the left sidebar.

Training the import.io extractor takes place in their "website view", as seen below.

You can only train import.io to select and extract items on a web page. Meanwhile, ParseHub has a wider variety of commands that allow a user to navigate through web pages and deal with interactive elements.

List of ParseHub commands that can be combined to perform advanced scraping functions:

This is probably the first comparison between import.io and ParseHub that you want to see: which web scraping software gives you the best bang for your buck? The answer is not quite clear cut, as ParseHub's plans and Import.io's plans have different limitations.

ParseHub's plans are limited by:

Import.io limits the number of:

It’s important to keep in mind that Import.io has updated their prices to accommodate their focus towards custom-made solutions.

As a result, any paid plans for their tools will be custom quoted to your needs and could vary drastically in pricing depending on what your needs are.

In contrast, ParseHub offers straight-forward base prices for all paid updates. You are free to upgrade and downgrade your plan any time

Most people build one ParseHub project per website, spanning over many separate web pages. Projects are not limited by the number of times they can be run.

On the other hand, each page extracted by import.io counts as one query, so the total number of queries you get in a month is the number of pages that can be extracted.

If you don't want to learn how to use a tool and just want your data on demand, both ParseHub and Import.io offer a service that extracts data for you. Just contact sales of both companies and someone will scrape data from the website you want – delivering them in CSV/Excel or API format.

We tested out both Import.io and ParseHub on Amazon to see how they compare. First, let's have a look at Import.io and then go to ParseHub.

Scraping Goal: get pricing details for every single watch sold by one of Amazon's "Top Brands".

First, we find the list of watch brands in amazon.ca's Top Brands. We want to scrape information from each one of the watch brands listed here.

Import.io will be able to do this if you have a list of each one the URLs. You will create an extractor to scrape this page and get this list.

When you start a new extractor in Import.io, it first tries to guess what you are trying to extract on the page. For this particular web page, it took about 10 seconds to load a table with the data it thought I wanted.

After looking over the software's first guess, you then turn to the website view tab to refine your training. In this case, import.io only selected the first column of brands, and I wanted all three columns, so I had to train the extractor to do that.

Unfortunately, when I clicked on the other brand names, the software didn't recognize that I wanted to select them all and so only selected one at a time. Instead of clicking on 34 more brands, I decided to delete the already extracted columns and start from scratch.

I clicked on three brands, the first, middle and last, and then import.io automatically selected all of the others.

I was happy with the data view so I ran the extractor and downloaded the CSV file of the links. It didn't look exactly like the data I saw on the website: there are three columns instead of just one with the URLs like I wanted.

In old versions of Import.io, it was possible to "chain" extractors together so that the links extracted by one would automatically be sent to the other. However, it does not seem like it is possible to do this with the current version without any manual entering or without creating a script using the Import.io API.

I trained the next extractor on one of the links I got from the CSV given to me from the first extractor. I chose a brand that had lots of different watches so that there was more than one page of results. This time, Import.io's initial guess did select all the watches on the page and required less additional training than the first one.

Back in website view, I trained the extractor to select and extract exactly what I wanted. Lastly, I used the regular expressions option to remove the unwanted "CDN$" prefix that was in front of all the prices.

In total, I was able to complete the training for this extractor fairly quickly, in 4 or 5 minutes. I now had to input links to all of the different pages that I wanted to be included in my query. This was a problem that I didn't know how to resolve.

Import.io's URL generator only helps generate URLs if the pages follow an obvious pattern. On amazon.ca, they do not. The page URLs are all very long, and there seems to be very little correlation between the URL of page 1 and page 2 of the same brand. Additionally, I had to copy and paste the links column from the CSV into a word document and add a line break at the end of each URL manually in order to put the list into the second extractor - I wasn't able to find an easier way to do this.

The ParseHub project started on the same page as the Import.io project. It took 2 clicks to select all of the bands on the page, and then ParseHub was told to click on each one of them and go to the next template, called brand.

To create this template, I travelled to the first page of one of the brands that had lots of watches, so that I could make ParseHub travel to multiple pages of results.

Clicking on the names of two of the watches caused all of them to be selected, and then I used the Relative Select tool to select and extract all of the other information that I wanted. Just like with the import.io project, I was able to use regular expressions to remove the unwanted prefix before the prices.

I added one last Select command to travel to the next page of results using the "Next" button. Once ParseHub clicks on it, it will execute the template again and extract all the data that I instructed it to.

The "Next" button on the final page of results does not lead to a new page, so I used XPath selection in order to select the button only when it is linked to a new page. That way, ParseHub will not start this template again after the final page, and will instead go to the next brand in the main_template list.

It is very quick and easy to put together an Import.io extractor. On many of the websites that I have tested, the "magic extractor"'s initial guess works almost exactly how you want it to, meaning you can start running your extractor just a minute or two after creating it.

But it doesn't matter how quickly the web extractor is trained, it is frankly severely limited by the way it navigates through pages and interacts with dynamic objects.

I wasn't able to complete the project I used as an example here because of this limitation, I chose a simple and realistic use case.

So which web scraper is the best for your project?

The truth is that it depends. Mostly, it depends on the needs of your scraping project.

We’d recommend you try the free trial from both tools and take them out for a test drive before settling on an option. 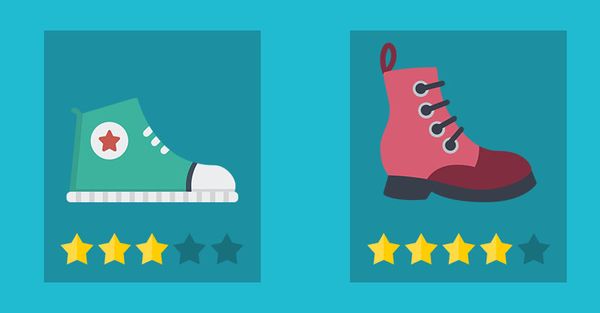 Do you want to sell iPhones on Amazon?How about some new funky shoes that you don't think are available on the market yet?You can use web scraping to collect product information

Looking for the best web scraper for your project?Allow us to compare some of the 2 most popular options in the market.Scrapy and ParseHub are both very powerful and useful web